The Flame of Cell Life-Death In The Miracle of Regeneration Written By: Sayer Ji, Founder; Every moment your body is undergoing an active process of regeneration, based as it is on the ceaseless flux of cell life and death — not unlike the dissipative structure of a flame.
This article is copyrighted by GreenMedInfo LLC, 2022 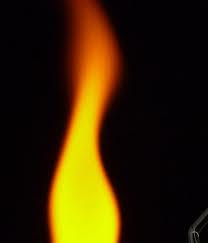 Every moment your body is undergoing an active process of regeneration, based as it is on the ceaseless flux of cell life and death — not unlike the dissipative structure of a flame

Consider the fact that every three days the enterocytes lining the villus of your intestines are completely replaced, and that within 7-10 years, almost every atom and molecule within your body has been excreted, breathed out, or sloughed off, only to be replaced by new ones from the food you ate, the water you drank and the air you breathed in, in the interim.

Truth be told, beneath even the appearance of our solid physio-chemical form, are waves of energy, patterns of vibration (not unlike sound), condensed forms of light, vast voids of inter-atomic space, and subtending that reality from ‘below,’ an infinite field of possibility, described with awe and elegance by quantum physicists and mystics, alike, albeit with different languages.

Underscoring this amazing interplay of being and non-being, without which life would not be possible, cancer cells are only deadly because they are no longer capable of dying in a well-timed and orderly fashion — a process of programmed cell death (self-disassembly) known as apoptosis, and shared only by cells healthy enough to die.

The intentional and relatively traceless self-disassembly of the cell, which is associated with apoptosis, exemplifies how the individual cell makes itself holy — which is the etymology of the word sacrifice (‘to make holy’) — by giving itself (one) up selflessly to the whole (many). The word holy, of course, shares etymological kinship with the words ‘health’ and ‘whole,’ forming a trinity of meanings which have long ago been forgotten or removed from popular consciousness.

In other words, in order to be whole, healthy and holy, the body and soul can not be treated as separate processes or substances. In cancer, the individual cell breaks its sacred bond with the whole community of cells, i.e. the rest of the body, and proliferates wildly, selfishly on its own; cloning itself tirelessly, in a sort of narcissism which runs against the cellular diversity and cooperative interdependence necessary for their to be ONE, whole functioning healthy being on the macroscopic level.

This “selfish” behavior is to be expected of a cell that has been starved of basic essential nutrients, exposed to a continuous onslaught of synthetic chemicals and manmade electromagnetic fields, given semi-synthetic ‘nutrients’ and ‘vitamins’ which no longer share resemblance with anything found in food, and enveloped in an electromagnetically-mediated cocoon of negative emotions, throughout the duration of its life cycle. These cells, like the example of children who suffer profound depravations and abuse earlier in life, learn to grow up with ‘body armor,’ express ‘acting out behavior,’ ‘selfishness,’ and otherwise unhealthy and antisocial characteristics that could be described in an oncologist’s histopathological report as the cellular phenotype of cancer.

The ability to survive the constant onslaught of life-denying chemicals and energies has resulted in the down-regulation of genes associated with apoptosis, and the up-regulation of those associated with the tireless metabolic activity and proliferation of cancer. This has lead to the cellular equivalent of the desire for immortality, which is highly unsustainable, and like a virus too deadly to escape the fate of its host, eventually brings down itself in the process, as well.

Even non-cancerous senescent cells, which accumulate with age and which no longer undergo the cell divisions associated with both healthy and cancerous tissue, may interfere with healthy life processes because they don’t die as rapidly, subsequently crowding out the living, continually regenerating cell lines that are healthy enough to die and be reborn again.  Cell death, therefore, and the healthy cell turnover that dying makes possible, is a fundamental prerequisite for the continuance of healthy cell life — and the tissue, organ and bodily systems made of these cells. by not dying.

And both cancer and senescent cells, which stand in the way of cellular regeneration, can be induced to make way for new healthy cells through the induction of programmed cell death (apoptosis). GreenMedInfo.com has over 345 natural substances with apoptotic properties. The body’s ability to countermand cancerous processes, and even to regress tumors and active cancers, is only now beginning to come to mainstream light. For instance, a groundbreaking study published this month in The Lancet Oncology shows for the first time that many screen-detected “invasive” breast tumors spontaneously regress when undiagnosed and untreated. What this means is that, given a chance, the body will utilize internal immune resources to thwart cancer.

Regenerative processes, however, begin to decline with age, and are further interfered with by chemical exposures, nutrient deficiencies and incompatibilities, as well as acute and chronic stress. Ultimately, the degree and pace to which this happens depends largely on the physical and energetic properties of the food consumed, water ingested and air breathed in, and what lifestyle and spiritual choices we make in our daily lives.

Certain foods, spices and nutrients, as well as therapeutic actions (listening to music), have been studied to significantly enhance the regenerative process in the body. Here are a few more cases…

There is also the commonly over-looked dimension of how much sunlight exposure is occurring on a daily basis, and whether or not it is occurring closer to the UVB-saturated solar noon (12 pm). Research clearly indicates that the skin has properties not unlike solar panels, capable of storing light energy in molecular bonds, specifically within the cholesterol sulfate and vitamin D sulfate molecules produced in the skin.

Melanin, also, is believed to convert sunlight into metabolic energy within vertebrate animals — a property that has been sacrificed in lighter skin humans in order to accommodate the lower levels of sunlight availability experienced by their ancestors living at higher latitudes. Sunlight may be a key and irreplaceable ingredient in the regenerative processes our body depends on, and may not be substitutable with supplemental vitamin D3.

Sayer Ji is the founder and chair of GreenMedInfo.com. His writings have been published in the Wellbeing Journal, the Journal of Gluten Sensitivity, and have been featured on numerous websites, including Mercola.com, NaturalNews.com, Infowars.com, Care2.com. His critically acclaimed essay series The Dark Side of Wheat opens up a new perspective on the universal, human-species specific toxicity of wheat, and is now available for PDF download.

Disclaimer: This article is not intended to provide medical advice, diagnosis or treatment. Views expressed here do not necessarily reflect those of GreenMedInfo or its staff.
“© (Friday, November 4th 2022) GreenMedInfo LLC. This work is reproduced and distributed with the permission of GreenMedInfo LLC. Want to learn more from GreenMedInfo? Sign up for the newsletter here //www.greenmedinfo.com/greenmed/newsletter.”
Categories: Green Med Info, Health NewsBy JessicaNovember 7, 2022
Tags: cell regenerationenterocytesGreenMedInfo.comMiracle of Regenerationneuritogenic substancesSayer Ji